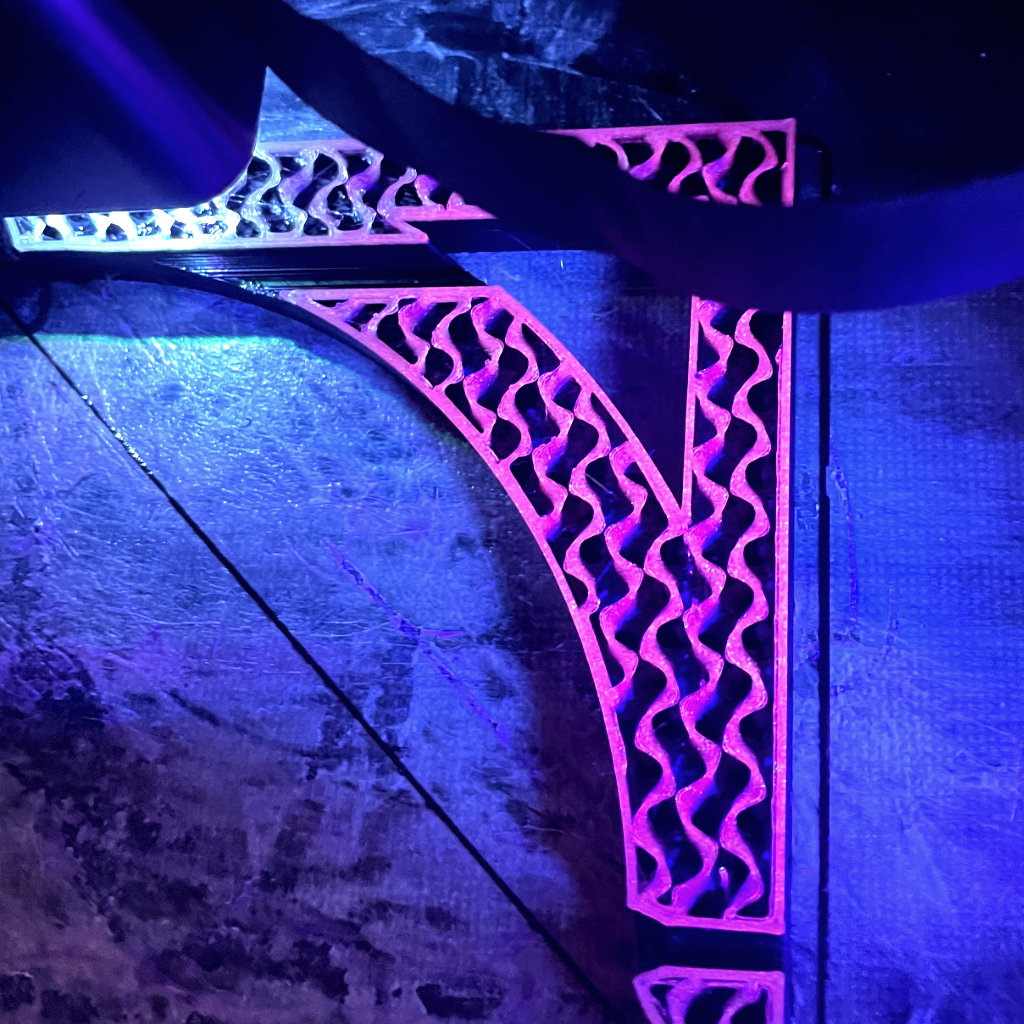 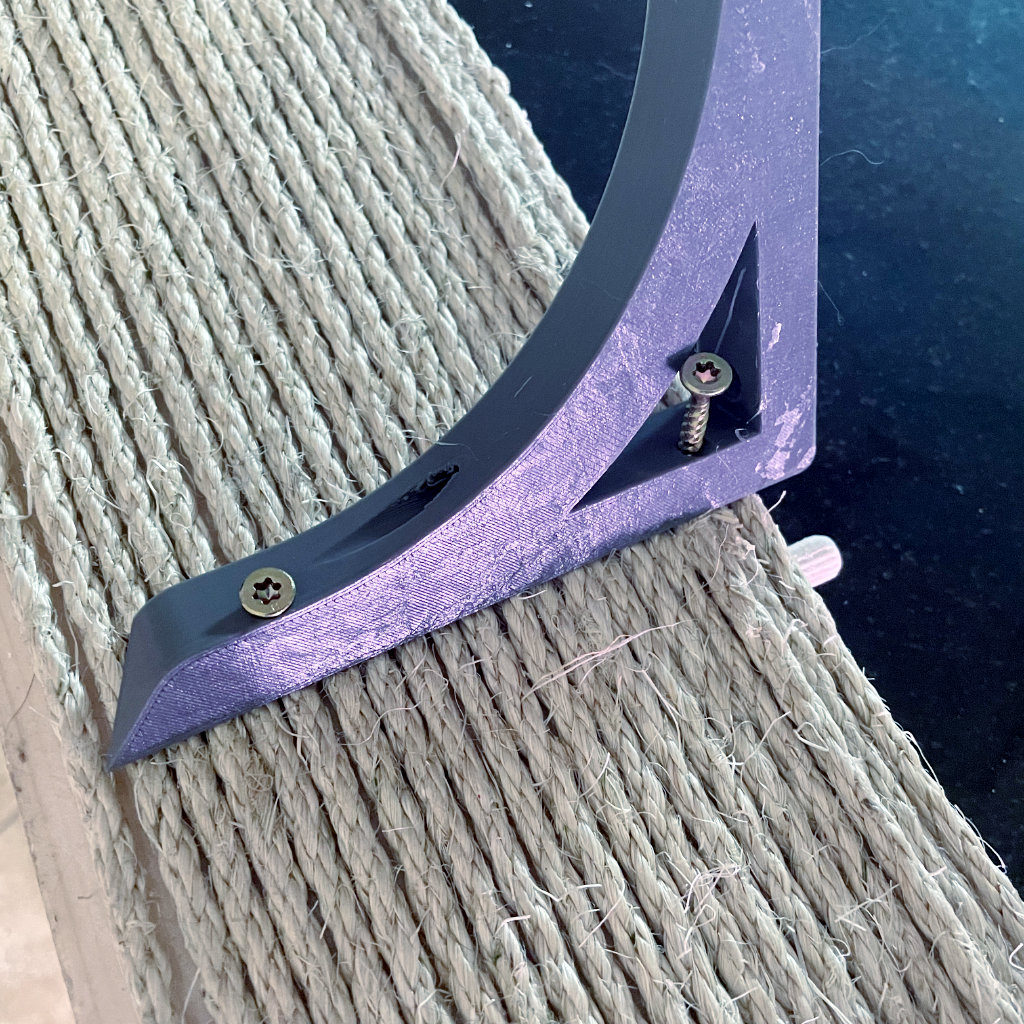 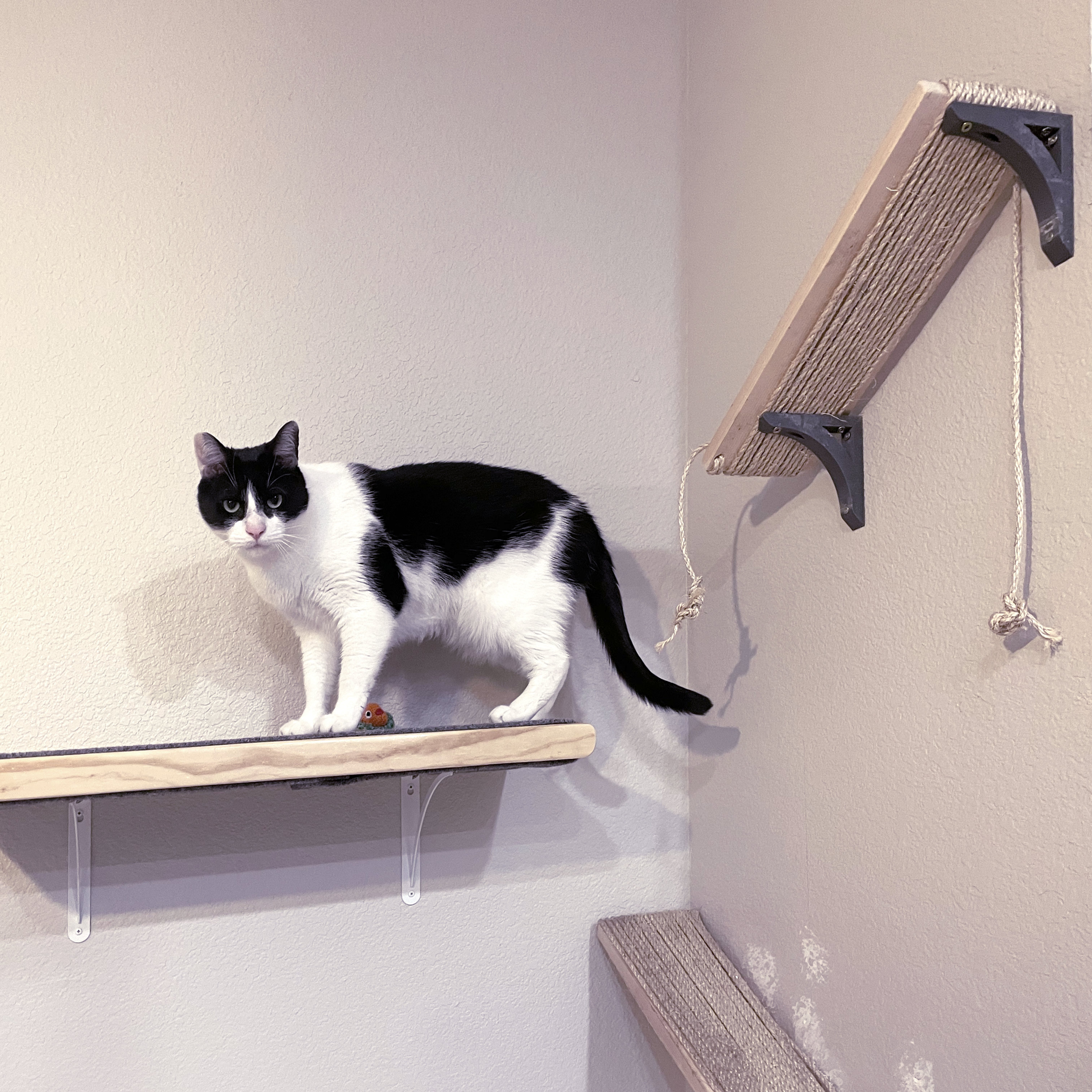 Cats are great. They are also an invasive species responsible for billions of wildlife deaths and numerous extinctions. That's the reason why I keep my cat Nano indoors only. Being born to a semi-feral litter back in PA, he knows how much he likes it outside. Not because of the interesting sights, boredom, or overwhelming curiosity, but because he loves to eat grass. While that can be helped with some indoor plants to nibble on, I wanted to give him some more interesting places to explore.

I live somewhere with a lot of high-up surfaces already built into the cabinetry, so I decided it would be easy to put up "cat shelves": pre-made shelves with the intent purpose of acting as a little cat pathway. These are neat, but also horrifically overpriced. At its core, they're all mostly sisal rope around a shelf, supported by a bracket. I think I'm decently handy, so making my own should be easy. The issue was that none of the off-the-shelf brackets were designed to create ramping shelves, which makes sense. I don't think picture frames would do well on a 30° incline. They were also sort of expensive (like $5 each. I'm cheap).

Instead of going that route, I designed a few brackets in SolveSpace CAD with an incline. I love 3D printing designs because they offer additional challenges, chiefly creating a model that can print in one run without any supports. That entails visualizing the printing process during the entire modeling process, and makes for some interesting design limitations and choices. Additionally, I needed to be aware of the mounting hardware and assembly. I specifically rotated some screw holes off pitch so it would be easier to fit my chunky drill to drive it in the wall.

The Reel: Sports Highlights
See how I enabled sports fans to browse, follow, and share their favorite highlight clips